Shyla was a very important spiritual teacher and mentor for me. She was an intuitive and medium and had those abilities since she was a child. She had been giving readings and teaching other spiritual practices for many years. She practiced Wiccan and was a Reiki Master. And Shyla was always generous with her time and her gifts.

I had seen her about six months before her passing for my last reading with her. She was showing me how to interpret a tarot card. I had worked with my own tarot cards, looked at the pictures and read the interpretation in the accompanying booklet. She taught me to look at everything on the card, that there were objects and scenery – symbols – that were specific to the message. The card that she was explaining that day featured a man (King?) on a throne with Ram symbols all over the card indicating that a love interest would be an Aries – also based on the placement of the other tarot cards in the reading. There was an Aries man that I was interested in at the time too.

Over the twenty five years that I knew Shyla, I learned something new every time I saw her about tarot, psychic development, the spirit world, different realms, Reiki (I learned Reiki because of her. I am Reiki 2nd Degree), and extra terrestrials. I had called her one evening a few years ago before my son was to come back from a Boy Scout camping and hiking trip in New Mexico. I explained to Shyla about my sons ‘dreams’ about extra terrestrials. He had a couple of them where he would wake up terrified. He had had an ET ‘dream’ four days before he was scheduled to fly out with the boy scouts for this once in a lifetime trip. ET’s and New Mexico: if the trip was not already paid for I may have tried to cancel it. I was on the phone with Shyla for an hour talking about what this meant and more information than I wanted to know about extra terrestrials. I knew they were not dreams, per se.

I had met Shyla in the early 1990’s when nearly everyone in my office went to see different psychics, first Judy and then Shyla. I would continue to see Shyla once a year or twice since then, wherever she was. She moved a lot trying to find the space she was meant to be in. As a Medium, Shyla told me that although she did see and hear spirits, there was one time in a haunted house with a paranormal group where she did not want to open her eyes to see the spirit of a woman who was in a bedroom. That surprised me about her.

So today when I did automatic writing, asking for guidance from the angels, I also called in my Grandma Shirley for help, Shyla made herself known. I was not thinking of her however she offered some advice and had a message for me. When I was done I looked at my notes and thought it was odd that Shyla came to me without me asking her for help. Perhaps I needed a teacher. This time of the year is also when the veil is thinnest and our loved ones can come to us and we can hear or see them better. 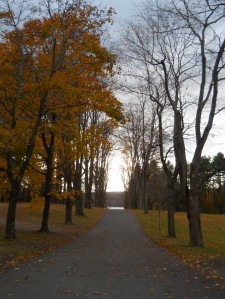 In the eighth grade, circa 1977, I learned about Greek Mythology, a unit in the English curriculum. I was fascinated by the Gods and Goddesses and what their powers were. I was awestruck by the ancient ruins. I always wondered if  the Gods and Goddesses really existed. Were they real?  When did they live? Were they just a myth? Something resonated with me. I couldn’t explain it, but I started to become obsessed with the myth.

At the end of the unit there would be a party and all of the eighth grade students had to choose a project to complete: a written paper, a diorama, an ancient ruin re-created from papier mache, or dress up as an ancient Greek God or Goddess. Anyone dressing up would automatically get an “A” for the project. About a half dozen or so other students and I opted for the latter and dressed up as famous or infamous Greek mythological figures. I chose to dress up for the automatic ‘A’ as I had no artistic talent and I didn’t like writing.  In the cafeteria, where the party was held, there was Ambrosia salad, displays of projects and a parade by a few of the students dressed as Ancient Greek Gods or Goddesses.

I recall someone who came as Atlas, the legendary Titan of astronomy –  holding up an unusually large globe from the social studies room. Another student who walked in with a bow and arrow, and donned wings taped to his back – cut out from poster board – was Cupid, the God of desire, erotic love and attraction. I was more down to earth. I came as the “Earth Mother”, Demeter. I was drawn to her during our studies of Greek mythology. I wore a rather large piece of material – that I borrowed from my mother’s sewing room – around me for my dress and a Christmas wreath on my head. ( A few years ago on Halloween, I reprised my role as the Goddess of harvest and agriculture – with a grape vine wreath.)

I couldn’t put into words then the hold that the story of  Demeter had over me. When her daughter, Persephone, was taken by Hades to the Underworld, Demeter, heartbroken, ceased taking care of the earth. The crops stopped growing, trees lost their leaves, flowers no longer bloomed. Until six months later, when Persephone was allowed to visit her mother for the next six months, and the crops began to grow again, the leaves grew back on the trees and flowers were in bloom once more. But the deal was that Hades would take her back at the end of six months.  Demeter would become depressed and once more the plants on the earth would die. And so it would go, every six months – Demeter would have to share her daughter with Hades.  And that, according to Greek Mythology, is why we have the seasons: fall and winter, spring and summer.  Maybe I was gullible, but this story made sense to me, more than any other story of a Greek God or Goddess. Is it possible that it was more than just a myth?

Anyway, the week after the party when I went into my Earth Science class, my teacher, Mr. Witter, told me he always thought I looked like a Greek Goddess. I took it as a compliment, even if it might have sounded a bit creepy. I felt a connection with Demeter. Maybe we all feel a connection with the Earth Mother. We plant our gardens, take shade under a tree, decorate our homes with vases of flowers and in the summer enjoy the fruits of her labor at the farmers market. I have always loved the fall: the crisp air, colorful foliage, the crunch of fallen leaves under my footsteps and baking zucchini bread and apple bread. Still, I’m sorry to see the long, warm summer days go away.  Perhaps it is empathy for Demeter that we feel when summer comes to an end.

And so it is at the autumnal equinox, that I channel my inner Demeter and pay homage to the Greek Goddess of harvest and agriculture, the Earth Mother, who gives up her daughter to the  Underworld and the plants, trees, flowers and crops die or hibernate, until once again Demeter is reunited with Persephone in the spring.