Fall always reminds me of Demeter’s anger and sorrow at the seasonal sacrifice of her daughter Persephone to Hades. The coming of Samhain (pronounced sow-in), a pagan fall festival at the end of October, the time of year that the ancient Celts marked the end of the harvest season and the beginning of winter. And this past weekends Hunter moon, the first of three  SuperMoons of this year. No pun intended, but this is huge. Watch what happens around these SuperMoon’s. That’s the goddess within me speaking.

SuperMoon or not, fall is a time for reflection before moving on to whatever comes next. I think back over the last ten months at all that has changed in my life and in the world. I look forward with curiosity to what the remainder of this year will bring. Personally, this has been a year of tremendous spiritual growth for me and continues to be. I have grown in other ways as well.

I have recently launched my website: lsheridan.com which is still in its growth period. And this year will see the publication of a children’s book, “Last Night I Dreamt…. A Guide to Dreams and Dream recall” It’s a guide for tweens, teens and parents of younger children, but really everyone will get insight from reading it. And, I hope to publish another book next year. Now I understand what my dream of babies was about! Giving “birth” to something new.

“You reflect on the people who used to be in your life and it’s like, ‘Wow. I can’t believe that person was ever really in my life.’ But people are put into your life for seasons, for different reasons and to teach you lessons.” 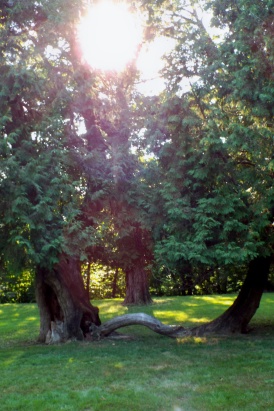 Earlier this week I woke up and began journaling my dreams from that night. I wrote down three dreams. Then I got out of bed and started my morning routine and was getting ready to leave for work when I realized that I didn’t have any breakfast. Maybe I could pick up something on the way to work, I thought.  But then I opened up my refrigerator and looked inside and “ping” I remembered another dream. A fourth dream.

I have been concerned about my overall health lately, specifically my thyroid. It runs in my family, but I don’t believe in prescription medicine for myself. I won’t even take an Advil or Motrin except in the case of a migraine.  Over the last year I’ve researched natural and organic foods that can help reduce the size of the small thyroid goiter that I have.

Back to the refrigerator moment…

I instantly recalled another dream I had that night. In my dream I was told that the root of my thyroid was (and this may not be true for everyone) my immune system. My immunity needed to be boosted and that I should drink orange juice. The vitamin C would be beneficial.  In my dream I felt that I should continue to take care of this naturally without medication.

The point of this story is not my health or  my thyroid. My point is that you can recall dreams when you wake up at two o’clock in the morning or upon waking at your regular time or even in the oddest of places. Usually it’s a word or phrase, a song or a place or thing, such as opening a refrigerator, that will trigger your dream recall.

The key to recalling your dreams is never doubt them and be consistent about writing them down. It’s a practice. The  more you do it the better you will be at it. Dreams will seemingly begin to flow and your recall will become a habit. That’s not to say that  you will remember all of your dreams. We can have many dreams in one night.  Some will be forgotten, but the important ones, the dreams you are  meant to get will be shown to you while you sleep.

Several people that I have met and talked to have told me that they dream but they don’t remember them, if they have any at all. Others share them with me or ask me to interpret their dream for them. We all dream every night. Whether we remember them or want to is a personal choice. I feel that recalling dreams is a helpful divination tool.  The point of recalling and interpreting your dreams is to get the message that the universe has for you.

Next: Types of Dreams 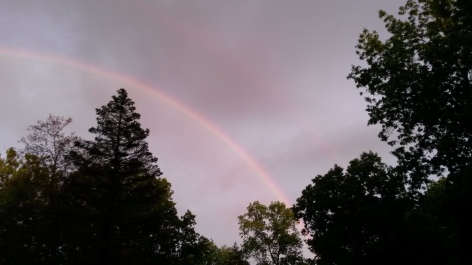 The oldest dream that I recall having was a nightmare. I wouldn’t realize it was in fact a pre-cognitive or prophetic dream until nearly a year later.  After 30 plus years this dream is still vivid.  In the dream I am supposed to be going to a record store (this was the about 1980 when there were still just records in record stores) with my best friend in high school, Spacey.  I get to her house and knock on the door. When no one answers the door, I open it and call out her nickname, Spacey – after Ace Frehley (Space Ace) of KISS- but no one responds.  I look in the living room, the kitchen and run down the hall to her bedroom. She isn’t anywhere. Curiously, no one else is home either. In the dream, I begin to feel my heart race. I can’t find her. I call her name again as I run back up the hallway toward the front door and I see her….hanging from a coat hook on the inside of the front door. There is blood everywhere. On her neck and running down her fully clothed body.   In my dream I know she was dressed and ready to go out with me to the record store, but she didn’t quite make it out the front door.

Recall of this dream did not come until three months later while I was visiting my grandparents in Florida.  It happened while I was sitting in my grandmother’s mustard yellow vinyl recliner reading a collection of rock and roll history from the 1950’s through the late 1970’s. It was relaxing – the first somewhat relaxing day I’d had in a few months. Grief over my friend’s loss had consumed me all day, every day. I replayed memories of us in school, talking on the phone after school and that horrible September day that I learned of her death.

On Thursday that week I wished Spacey a happy birthday. Three days later on a Sunday afternoon I called her house. When I asked to speak with her I heard gasping and crying from the first two family members who answered the phone and then the third person, her uncle, barked through the telephone,    “Who is this?” I explained who I was and again asked to speak with her. He told me she had passed away the night before in a vehicle accident.

What’s interesting to me is that this was my first dream recall that I could recall at that time.  I did not recall the dream the morning after I had it, nor did I recall it anytime prior to or just after the accident.  I wasn’t ready for it, perhaps? Instead, I had a flash of that dream sitting in my grandmother’s recliner.  In that flash, I knew I’d dreamt it before and was able to recall the entire dream.  Perhaps I was relaxed enough to allow it to come into my consciousness, when I had stopped obsessing over my friend’s death. In other words, the information was already out there in the universe, but I was too busy to receive it.

What I’ve learned is that dreams grab our attention just after we have the dream – even if it wakes us up at 2:00 in the morning – or at a later time. The dream may be recalled upon waking; when a song on the radio triggers the dream recall; or sitting in a chair reading a book.